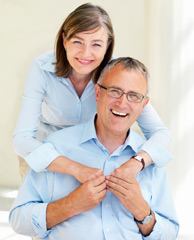 Americans encounter harmful pollutants every day, and although many of those contaminants will not make us sick immediately, years later they have the potential to wreak havoc on our overall health. That's because over time, dangerous toxins can build up in our cells and tissues and jeopardize the natural processes by which our bodies stay healthy.

Such prolonged exposure is a particular problem for baby boomers those men and women born during the post World War II "baby boom" between 1945 and 1964 since many industrial chemicals and other substances were being used extensively during those years that are now known to cause serious health problems. In fact, the majority of today's baby boomers carry around an extra 15 pounds of toxic waste in their bodies.

Among the contaminants affecting modern boomers are polychlorinated biphenyls, or PCBs, banned by the U.S. Environmental Protection Agency (EPA) in 1979 after they were linked to damage to the endocrine, immune, nervous, and reproductive systems, as well as DDT, an insecticide banned in the 1970s and now listed as a known carcinogen. Today both the EPA and the Centers for Disease Control and Prevention report detectable levels of both PCBs and DDT in human blood and tissue samples, proof that these and other toxins can remain for decades inside the body. Even more disturbing, perhaps, are the consequences.

The Heart of the Matter

The toxins we have released into our environment pose a serious threat to the human cardiovascular system. For example, mercury (a neurotoxin frequently found in fish), can cause inflammation that compromises healthy heart function. According to research compiled by the EPA, mercury can raise blood pressure and increase the risk of heart attacks and stroke. One study in Finland found that men with the highest concentrations of mercury in their bodies had the greatest risk of congestive heart failure, stroke and fatal heart attacks, and those in the top 25 percent had a 70 percent greater risk of developing coronary heart disease.

The toxins that build up in the body also present serious problems for the brain and nervous system. In studies of childhood development, for example, scientists have found that children exposed to high levels of PCBs in breast milk (common among baby boomers) more often suffer learning problems and endure mental and motor skill difficulties as they age.

In adulthood, those same toxins may increase the risk of problems such as Alzheimer's disease and dementia. Studies demonstrate that fire-retardant chemicals known as polybrominated diphenylethers (PBDEs), which are used in the manufacture of computers, televisions, toasters and other common electronics, have been shown to disrupt normal brain function, most notably causing damage to the cells and impairing the protecting covering of nerve cells in the brain. Other neurological problems linked to long-term toxic exposure include Parkinson's disease, autism and attention deficit hyperactivity disorder (ADHD).

Toxins can also be the cause of another health threat endangering baby boomers: osteoporosis. A lifetime of exposure to significant amounts of lead used in paint, insecticides, batteries, and air pollution can result in the accumulation of this toxic metal in bones. Baby boomers that grew up during a time when cars burned leaded gasoline have extra amounts of this toxin within their skeletons. This buildup of lead not only weakens bones but also contributes to the release of lead into the bloodstream as bones deteriorate with age. As a result, lead is allowed to infiltrate and damage the body's vital organs, including the kidneys, heart and brain.

While the average baby boomer has been exposed to a long list of toxins, the good news is that each of us can take simple steps every day to combat harmful chemicals and pollutants even those that have been lingering inside our bodies for years. Specifically, adopting a detox-friendly lifestyle that includes regular internal cleansing can go a long way toward lightening your toxic load and enjoying the vibrant health you deserve.